Desktop Residency welcomes artist Rob Chavasse, whose digital wallpaper will be available for download from August 18 to September 7.

Using simple technological innovations to intervene in physical spaces and objects, Chavasse’s work alters perceptions of space and plays with underlying questions of phenomenology, transfiguring the physical in ways that make us questions physicality in and of itself.

In a recent exhibition at titled The Centre of the Earth is Molten History at Rod Barton, for example, Chavasse transformed the gallery space into a “post-rendered reality” using Computational Fluid Dynamics software that depicts the effects of wind erosion on a renowned sculpture over extended periods of time.

His wallpaper for Desktop Residency, though entirely digital, performs a similar function, marrying photography with digital manipulation to create works that question the boundaries of our perception and reality. 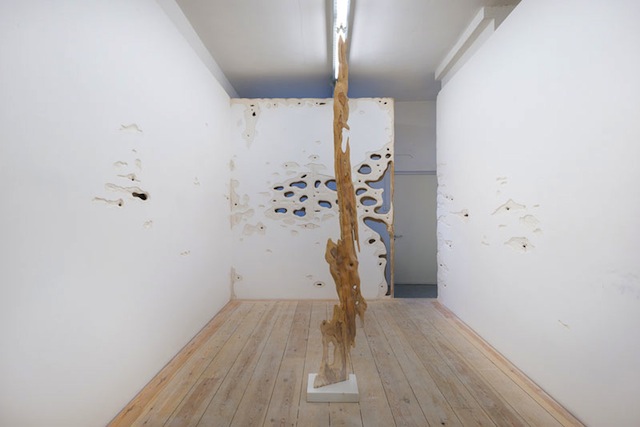 ‘Sand in the Desk Drive’ (2014) from The Center of the Earth is Molten History. Installation view courtesy Rod Barton gallery.