Introducing Eric Mac. That’s his real name. Or at least its Eric McAnally but close enough; closer than his current musical pseudonym Heavy Feelingz or his earlier one, DoLo. The latter is less a reference to Ohio rapper Kid Cudi’s s ‘Solo Dolo’ and more what Mac calls the “high school depressive stuff” of webspeak’s ‘doing things by yourself and on the down low’. Because that’s just where the Nashville, Tennessee producer’s head was at when he started out rubbing virtual shoulders with Lil B on MySpace and doing remixes for Meszhaline. Those were artists coming up, or more accurately, floating around at the same time as artists like GuMMy†Be∆r!, GR†LLGR†LL and o F F were coagulating into a dimly perceived blob of faceless online-based producers dragged under the ‘witchhouse’ and ‘chillwave’ labels.

If you’re at all familiar with the sounds of down-tempo, pitch-shifting, pop, goth and R&B tunes drowned in the bedroom angst of net savvy adolescents experimenting with audio software, then you’ll note that what started as an unashamed love of everything from trip hop to hip hop a few years ago still lingers in the scent of the likes of inc. and 18+. The latter of which released one of the best mixtapes of 2013, MIXTAP3, its numerical characters an affectionate nudge to the secret signs of early days Drag (nee witchhouse) where artists like Salem, Balam Acab and oOoOO stood out for their lack of said symbology, while sharing the same brooding sonic palette and desire to distance themselves from the all-too-broad tag. 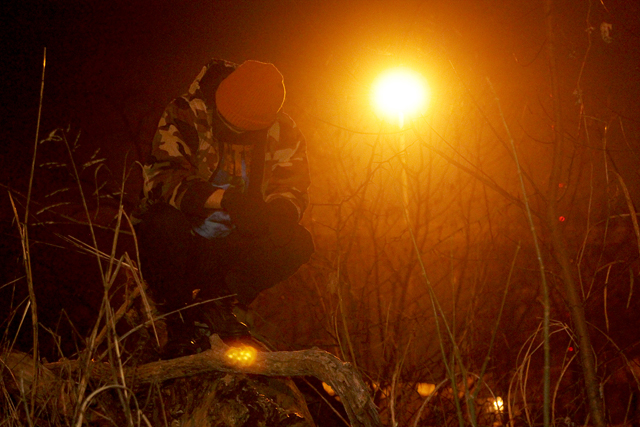 The likes of GHXST, I†† and Nattymari faded back into the fog of early days post-internet pastiche at its purest. Sure, Nattymari didn’t exactly deviate from the Roman alphabet in its band name either but their best track ‘K1LL K1LL’ did with the numbers. I found that one years ago in a mass download from a shared link of a beko_clandestine label yield, which I ripped but barely listened to before it melted into the mire of my iTunes library. But it’s still there. All wrecked and warped bass, scrambled synth lines and monstrously distorted vocals lumbering through an era, barely realised before it was forgotten entirely. That’s in the same way that references to the upstart French net-label are scattered in fragments over the old blog posts and lone zip folders of the WWW past.

Those goth-y sonic elements too, emerge in music today. The current soundscape has been made all the richer by the crude and creepy queerspace now dominated by Holy Other, Arca, even FKA Twigs, but underpinned by the likes of Heavy Feelingz. Always around but never quite visible, his beats recently surfaced in the track listing of 18+’s MIXTAP3 –alongside AIDS-3D (and after visual artist Kareem Lotfy’s stunning ‘Sanitacling’ of MIXTA2E) –to reach these ears that wanted to hear more. Hence, we located the nebulous artist via email, talked to him on Skype and found a 20-year-old witchhouse veteran and ambitious young college undergrad, who makes freak bikes for fun and brilliant mixtapes when asked.

Listen to ‘HVY 90210’ below and read on for the nearsighted nostalgia of a movement that never made it.

** With these artists that you work and interact with online, do you have more knowledge of each other than the general public or do you all just live within your own weird avatars?

EM: It varies depending on the artist. Especially if they really have a presence on the internet, it’s easier. With older artists you can’t get much background knowledge on them, unless it’s word-of-mouth, but with artists like us it’s easy to dig a little bit and come into contact. I feel that I have a bit more inside knowledge on those artists than those who aren’t on the internet.

** I guess witchhouse and chillwave was always so ambiguous that it’s still something that’s been left unquarried, even by niche media.

EM: Yeah it was interesting. It just blew up and then it kind of just faded. It was just sub-genres within other main genres that made it a thing. It’s like it was more internet-training that got the hype off of it a bit. I feel like that’s why a lot of those artists faded because it was just a sort of temporary thing, a small fad or a trend at the time. You had the symbols and stuff, with the artists names, so there was no way you could even have a conversation about this sort of stuff. You’re typing an ‘x’, a cross and upside-down triangle and you can’t even talk about their band name or search them. There were a lot of flaws within that movement.

** That lends itself to the need to construct narratives around music to keep people interested.

EM: Yeah it’s hard to produce logistics. You’re losing your audience and you can’t really draw much information, just because you’re a making it too hard for people to even locate you with something as simple as your name. You’re gonna lose [laughs]. It’s not always about the attraction, it’s about the music but you still want people to listen because you like your music and you want to share it with people but you can’t share it with people if they can’t find it. 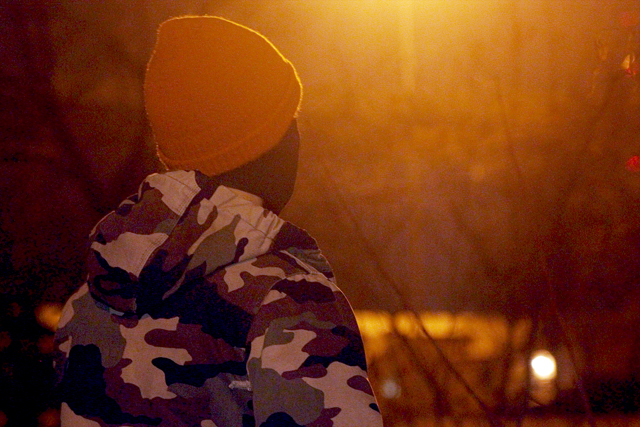 ** Do you think about it being a strategy in terms of evading mainstream appropriation?

EM: It’s interesting because you have different levels of it too. The artist Holy Other, he’s really ambiguous, at least on the internet. He doesn’t really show himself. Then you have people such as Daft Punk, who only simply hide their faces because they don’t want that to be a representation of their music. Then you have people on the other side of the spectrum. I’ve been listening to the Deftones a lot lately and they’re just an entire band so they put a face to the music. It’s about people’s personal choices, their autonomy. It’s all subjective.

EM: I’m not even sure at this point. There’s nothing to hide. It’s not a big deal to me. I appreciate the theatrics and I appreciate the strategy but that’s not the strategy that that I’m going for. I respect artists that do that and I’m a true fan of Burial. It’s sort of like how Flying Lotus does it, where you don’t want your face to be the imprint on the music you’re creating but you still know who he is.

** Do you think about the politics of obscuring your identity on the internet, maybe as a sort of reaction to this fifteen minutes of Facebook fame?

** Considering you’re integrating more live instrumentation into your music as Heavy Feelingz, it makes you think that the only thing you can really sell these days is that live experience, until someone figures out how to properly fake it with holograms.

EM: It’s sort of like going to a theme park and going to the 4D or 5D ride, incorporating the sound, smell etc. You’re not even wrong in saying that holograms could potentially play a major role. If you think about it, it’s all just theatrics. You can just have a robot fly down on a ship and play music with a band that’s not even human at all, playing your tunes and putting on a fantastic show. Who knows how much people would pay for that experience.

** We’re not that far off already, really. Pop stars are essentially cyborgs.

EM: Yeah, that’s just because when you play live shows you don’t want to be behind computers all the time. I’ve watched a couple of artists grow from just being on their laptop all the way to having a band. I’ve seen Toro Y Moi and I’ve seen Washed Out a couple times and, back then, it was chillwave and witchhouse; everyone just kind of figuring it out and everyone was a bedroom producer. There were very people who got it and were aware enough to try to push it forward.

Heavy Feelingz is a Nashville-based producer. You can download the full track listing here.

All images courtesy of the artist.